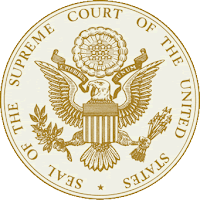 The United States Supreme Court recently ruled 5 to 9 that the government has the authority to run background checks and drug testing on federal contract employees. Conflict surrounding the issue arose right after 9/11 when President Bush ordered security checks extended to anyone working on government funded projects. A group of 28 scientist and engineers at NASA's Jet Propulsion Laboratory rejected the idea as an intrusion of privacy and sued the government.

Supreme Court Justice Sam Alito wrote that, "Reasonable investigations of applicants and employees aid the government in ensuring the security of its facilities and in employing a competent, reliable workforce." In the decision, joined by five of the nine justices, Alito said "Like any employer, the Government is entitled to have its projects staffed by reliable, law-abiding persons who will 'efficiently and effectively' discharge their duties."