Marijuana in the Workplace in 2022: What's Changing 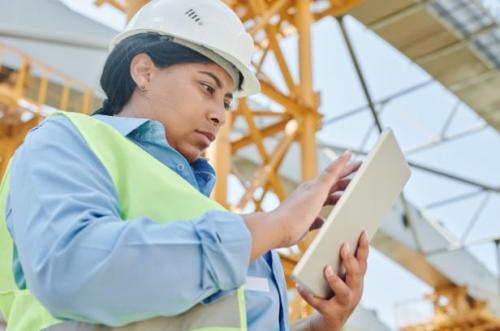 Marijuana in the Workplace 2022: What's Changing

In the past two decades, Americans' views on marijuana have dramatically changed. A drug that was once not only criminalized but also held a very strong stigma, has now begun to be viewed in a different light. Marijuana products have become much more easily accessible and the legality of marijuana is looking a lot different than it did in the late 1970s, when it was classified as a Schedule I drug with no recognized potential for medical applications.

Although marijuana remains federally illegal, there have been substantial advancements to legalize the drug for both medical and recreational use in over a dozen states. This advancement has a lot of implications, but employers specifically are expressing growing concern about what this means for the workplace. With legalization picking up steam, workplaces will now have to shift their mindset toward the drug, work to develop new drug testing policies, or double down on their established testing protocol.

Because marijuana remains federally illegal, it's in the hands of individual states to determine the status of this drug within their own geographical lines. While marijuana had previously been decriminalized and legal for medicinal purposes only, Colorado and Washington state made huge waves when both states legalized the use of marijuana for recreational use.

Some states have legalized recreational use and medical use completely, while others who may have legalized one or the other also have established protection in favor of employees who use marijuana. This is where it can get dicey for employers, as their drug testing and drug usage policies may not make much difference. With the decision to legalize or not legalize resting in the hands of each individual state, it's important for employers concerned about drug testing for marijuana to know the laws of their specific state and base their decisions on that knowledge.

States That Allow Recreational and Medical Marijuana Use

Marijuana's legalization can be broken down into medical and recreational usage. Medical marijuana usage allows individuals to access the drug only if they are permitted to use it due to a medical diagnosis by which they are granted a prescription for the drug. Recreational usage grants access to marijuana to adults over a certain age with less state restriction.

Some states protect individuals who are prescribed medical marijuana and, in doing so, protect them where workplace drug testing is involved. Other states, and even cities, have their own rules about proper conduct within the workplace and where an individual is or isn't allowed to use marijuana.

States that allow CBD products, which do not contain any psychoactive elements, commonly use this to treat seizures. Low THC products are allowed to contain a certain percentage of the psychoactive, though this does vary per state.

Comprehensive medical marijuana programs differ from the other classifications of states listed here, in the sense that these states allow marijuana usage under specific guidelines for individuals that have a qualifying condition. Dispensaries within these states will typically require a medical card to show proof of prescription for marijuana.

States with no public access program for marijuana: Idaho, Kansas, and Nebraska.

The move toward legalization has made employers within on-site industries, such as construction, transportation, and manufacturing, worried about the future of their workforces. These industries require manual labor and safe environments in order to be efficient. Employees make decisions based on spatial awareness, sound judgment, and their ability to process information, all of which can be impacted by marijuana usage.

Employers have also shown concern in regards to employees consuming marijuana products (specifically THC-based products) outside of work, as marijuana can continue to affect workers well into the day if consumed before work hours. Each individual also responds to marijuana differently and can experience side effects that range from dry mouth to difficulty with coordination.

Drug testing can help limit the usage of marijuana within and outside of the workplace, but some employees may feel discriminated by this. Employers will need to think about a more effective solution when it comes to maintaining a drug-free workplace. The solution may be anything but simple.

The Future of Marijuana Testing in the Workplace

Drug tests performed on Americans are coming back positive more so now than ever before, with marijuana being a recurring character. Holding certain job titles within a specific industry may require you to be tested for drugs to due safety reasons. This is common for federal workers, as marijuana remains federally illegal. Some employers have decided to nix testing for marijuana altogether, instead opting for testing that shows the presence of harder drugs, such as methamphetamines and opiates.

Employers might also consider testing workers that aren't holders of a medical marijuana card, although that can create some difficulties in states where the drug is completely legalized. Regardless, there have been workplaces that maintain a zero-tolerance policy when it comes to any drug, marijuana included.

Some employers have found success in drug testing employees who have significantly poor job performance, which will negatively impact only the workers who let their recreational habits affect their productivity and general morale.

As each workplace is different, it behooves companies to consider their options when it comes to regulated vs. non-regulated drug tests as well. Non-regulated (or non-federal testing) gives employers more freedom in their drug testing options as these tests can be adjusted as employers see fit — eliminating THC from the panel, for example.

It's best to have internal conversations about the right approach for your company and employees. It's evident that there is no one size fits all solution here, especially as things continue to change on a state basis.

No matter what your industry decides in terms of drug testing, Mobile Medical will work with you to create a safe job site. We understand that the efficiency of your workforce can affect your entire industry and various infrastructures. Mobile Medical provides on-site drug testing solutions to employers across a range of industries. You can count on us to stay on top of changes within workplace drug testing policies and best practices.

Return to all Blog