Workplace Drug Testing and Medical Cannabis Use: How to Navigate 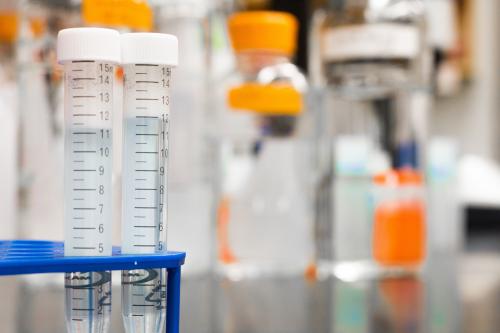 Workplace Drug Testing and Medical Cannabis Use: How to Navigate

Cannabis remains a hot topic in the workplace.

With more companies testing employees and contractors for drugs, monitoring performance, and maintaining a healthy workplace culture, it's no surprise that many wonder how to navigate workplace drug testing and medical cannabis use.

As medical cannabis use becomes legal in more states, the task of workplace drug testing has become increasingly confusing for some businesses as more companies realize their drug-free workplace policies may need updating.

What is workplace drug testing?

Drug testing is common practice in many workplaces. It is the process of analyzing substances in a person's body, usually through a urine test. It can also detect drugs that may affect an employee's ability to perform their job tasks.

Drug testing is often used as a way to deter drug use or to identify potential drug users. However, there are some significant limitations to consider when using drug testing as an anti-drug policy tool, including the new legalization of both medical and recreational marijuana use in many states.

There are many different types of drug testing. A few examples include:

The most common drug testing method is a urine test, where one collects a urine sample and sends it to a lab for analysis. However, there are also blood tests, hair tests, saliva tests, and sweat tests that can detect drugs in the system.

What drugs are usually tested for in the workplace?

Amphetamines, Cocaine, Marijuana, Opiates, and Phencyclidine (PCP) are just five of the countless drugs tested for in drug tests. For companies with non-federal drug testing programs, prescription drugs such as Oxycodone and Hydrocodone may also be tested for.

Many organizations test for these specific drugs to follow federal regulations and ensure that their employees are not intoxicated while on the job.

For non-federal programs, many employers will still follow similar guidelines as outlined by the federal government. Drug testing is a standard practice in many companies across the country, and most employees expect it.

Marijuana in the workplace in America

Unfortunately, the answer isn't as simple as many business owners would like.

As of February 2022, medical use of marijuana is legal in 37 states in the US. Many of these states leave workplace rules and regulations to the individual companies to decide. A few states have protective measures that protect medical marijuana patients from workplace discrimination, which may affect your current workplace drug testing policies.

Mobile Medical Corporation operates nationwide but has offices in 3 different states: Pennsylvania, New Jersey, and Ohio. To help you navigate marijuana in the workplace in 2022, here are some examples of the most recently updated regulations on marijuana usage in these states. Regulations may differ outside of these areas.

Legally, there are two types of marijuana use: medical and recreational.

Medical marijuana is cannabis that a doctor has prescribed for certain conditions, such as chronic pain, nausea, anxiety, and epilepsy. On the other hand, recreational marijuana is simply cannabis used for fun and satisfaction.

Regarding hiring practices, there are many reasons companies might want to test employees for drugs. Most employers want to ensure the safety of their employees. They include workplace drug testing in their policies to ensure their employees meet specific work standards, such as the ability to work a particular number of hours per day or week.

In addition, some employers test those who handle money, have access to customers, or have access to clients' assets, such as a security guard. It's not hard to imagine the need for an employee to work unimpaired.

Is it possible to have a marijuana-free workplace?

We'll draw parallels between alcohol and marijuana to help establish a point. Marijuana is a new frontier for governments and organizations, but alcohol isn't. It's legal for adults over 21 to buy and drink alcohol. However, companies still can enforce rules banning the use of alcohol in the workplace or employees showing up intoxicated.

The same can go for marijuana.

A company can set strict policies regarding marijuana use while on duty, but there isn't much they can legally say about an employee's actions while not working. Most employers are learning to tolerate off-the-clock marijuana use as they realize not doing so may minimize their competitiveness in hiring. According to the CDC, 48.2 million, or 18% of Americans, used marijuana at least once in 2018. This assessment is 100% up to you to make as an employer, but see where trends are heading.

Drug testing: The bottom line & how MobMed can help

Drug testing is an essential part of the hiring process in any industry, whether it's construction, banking, or education. Some employers may test applicants before making an offer, while others may test their employees randomly throughout the year. It is essential to remember that drug testing is not required by law; it depends on what your company policies dictate.

Whether you want to maintain a strict zero-tolerance policy or specialize your workplace drug testing policy to better navigate marijuana in the workplace in 2022, Mobile Medical Corporation is here to help.

Return to all Blog